That Stuff You Put On The Grass

Despite outward appearances, I'm in a mixed marriage.  I was born and raised in Indiana.  My husband was born and raised in the Bronx.  He would tell you that I am VERY Indiana.  I can tell you that he's VERY Bronx.  He walks and talks like a guy from the Bronx. (thick NY accent) and he speaks the language of his people.  He knows all about beef and brocs, bodegas, deadass, park jams, etc. If you're not from the Bronx you probably have no idea what I just said, and that's ok.  Suffice to say he's VERY Bronx.

I, on the other hand, am VERY midwestern.  If you ask my husband, cartoonishly so.  I know how to fix things (a nice dinner or the dryer (link to dryer repair tips)).  I enjoy crafts and can bake a mean pan of homemade biscuits without a recipe.  (Here's a link to my biscuit recipe)  Like a nice midwestern girl I grew up in the suburbs in a nice home that my family owned.  My husband grew up in a high rise apartment that his family rented.

I immigrated to NYC in my early 20's and I've lived in the area every since.  Over the past 20+ years I've fashioned myself into a NY City girl, but scratch the surface and i'm Indiana all the way.  More than that i'm suburban.  Once the kids showed up I always assumed that we've move to the burbs.  I figured i'd make lemonade and my dh (darling husband) would spend Saturday mornings cutting the grass.  I'd can tomatoes and bake endless batches of homemade muffins while he enjoyed his weekend yard chores.  The only problem with this little plan is that I never bothered to mention it to him.

The first time I asked him to cut the grass he looked at me like I was crazy.  "Cut it?! he boomed (people from the Bronx talk loud), why would I cut it?  It looks fine."  "It's too long" I told him.  "When I walk in it it's up to my ankles.  It needs to be cut."  "Or you could just stop walking in it" he retorts.  "We bought a house with a yard, why would I not walk in our yard."  "Well apparently you don't like the way it feels on your ankles so stop walking on it.  It looks fine."  After 3 weekends of this same argument he FINALLY cut the grass.  Then I had to explain about edging.  Since he had no idea what I was talking about, I edged the lawn myself.

These fights persisted our entire first year in the house until i'd just had enough.  Early the next Spring I suggested that we hire a lawn service.  "What's a waste of money" he grumbled.  "But i'd like the grass cut every week" I tell him.  He responded with a grunt.  So I went on "if I can walk across the lawn and feel it on my ankles it's too long."  "Well, he replied "if we can still see the kids I think it's fine."  "What if I buy you beer?"  I bribed.  "What if we just let it go" he responded.  "Plus. he said, "I think all of that cutting is bad for it.  Plants need to grow."  "But it's our lawn.  I don't want to be 'those neighbors'" I pleaded.  "I think you care too much what people think.  It's a blessing to have a lawn - nobody cares what it looks like."  I could see where this was going.  I was pregnant with our third son and not up for a fight.  Sure I could have cut the grass myself but as a busy at home mom the last thing I needed was another chore.  So, I did what I had to do.  I hired a guy.

As luck would have it the week of grass argument I received a flyer on my door.  "New Lawn Service-Great Low Rates."  Perfect!  I called the number and a nice man named Joe came to the house.  We agreed on a weekday cutting schedule with the promise that he'd never cut the grass on the weekends.  He was happy to have a new customer for his young business.  I was happy to avoid a fight.

That spring I bought small bag of weed and feed and hand held seed spreader.  Every few weeks I used my spreader to fertilize the lawn and watered it on a daily basis.  Every Tuesday after dh went to work Joe came and cut the grass.  It was a beautiful arrangement.

Late in the fall we had a party at our house.  Dh's brother came with his family and long with a bunch of other people.  At one point I see dh pointing at me across a crowded room while holding court with a group of guys from his old neighborhood.  The only words I heard were "ask her - I have no idea."  Later in the night my brother-in-law corners me.  "Kat," he says, "you've got to tell me what you've been putting on the lawn."  "What are you walking about."  "There's some stuff you put on the grass that has it looking really great.  Dh says that I have to come and ask you."  Just then dh walks up.  "Yeah baby, I see you out there with that little spinny thing.  What's that you put on the grass."  "Oh," I say "it's just weed and feed."  "No," dh says "you put something on it this Spring and I haven't had to cut it all year."

Honest to goodness I could not roll my eyes hard enough at the entire situation.  "Wait" I say "you think I put something on the grass to make it NOT grow."  "Yeah" he turns to his brother "we used to fight about it all the time.  Now I NEVER have to cut the grass.  I don't know what she put on it but that -ish works man."  "I put a dude named Joe on it every Tuesday Morning!"  Brother in law busts out laughing.  "Seriously, dude you didn't know?"  "Wait" dh says "you've been PAYING a guy to cut the grass?"  "Yes, I tell him "I didn't want to fight about it anymore, so I just got it done."  "Oh damn" dh says "I saw you out there with that spinny thing and I thought that took care of it."

Then he turns to his brother.  "She also bought one of those Dagwood Bumstead things.  Man I LOVE the suburbs." 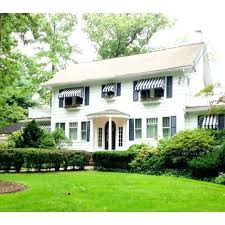